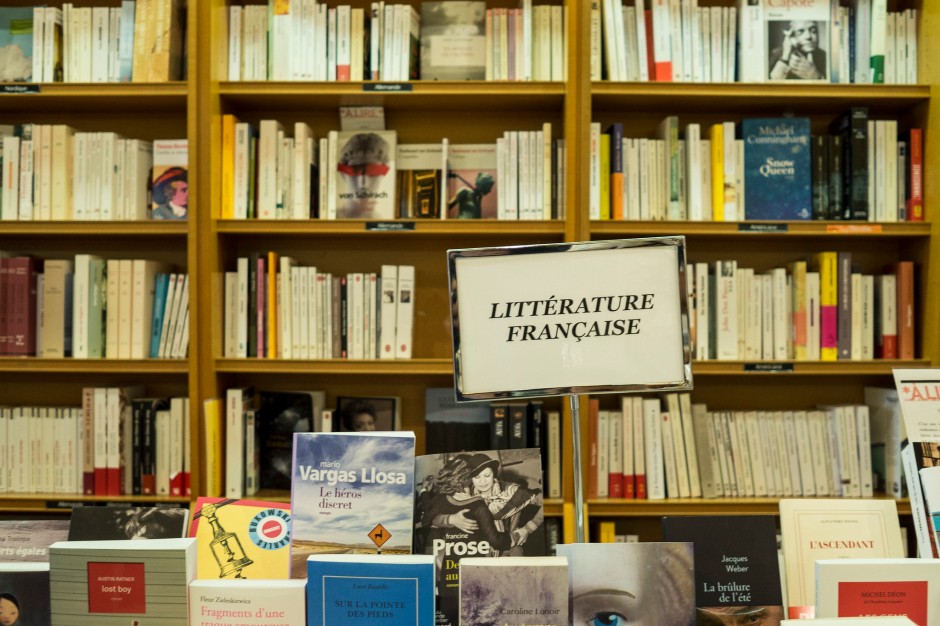 In these fraught times with so much talk of borders, walls and divisions, it feels more important than ever to read widely. As someone who basically grew up in a bookstore, I have made it my lifelong goal to do this. However, when I reflect on my reading habits, I am struck by just how overrepresented Anglophone writers are in the list of books that I have read.

According to Goodreads, I read sixty-two books last year and just nine of those were books that had originally been published in a language other than English. While that figure is quite low, it still pales in comparison to the national US average. In the US, just 3% of the books sold across the country are works in translation.[2] This number is considerably higher in Europe. However, it remains the case that certain voices are grossly overrepresented. This is why I have decided to challenge myself to read books from each of the 28 EU member states over the course of this year and share with you my musings and recommendations.

Since I am currently studying in Strasbourg, I thought it apt to start with some French literature. I will shy away from discussing the classics that you have all probably already heard of and would like to offer you four recommendations of contemporary works that have been translated into English.

Published in 2014 when Édouard Louis was just twenty-one years old, The End of Eddy (French: En Finir Avec Eddy Bellegueule) is an arresting and heart-wrenching autobiographical account of growing ‘poor and gay’ in a small, working-class village in northern France. This village, hit hard by the shuttering of most of the region’s factories, is a place of violence and desperation. Jobs are scarce and demanding; literacy levels are low; alcoholism and casual violence are rampant; and any difference is regarded as threatening, and thus, intolerable. This environment created a perfect storm for Eddy, who was ostracised from a young age for being effeminate, intellectually precocious, and above all, for being attracted to other men.

What I loved about this book is the frankness and compassionate intelligence with which it is written. Although the brutality of Louis’ childhood is hard to stomach at times, there are rare moments of beauty to be found too – descriptions of fruit trees in gardens and explosions of autumn colours in the woods. This book also has also gained a particular political significance in the context of the tide of populism currently sweeping across Europe. The residents of Hallencourt, the village in which this book is set, overwhelmingly voted for Marine Le Pen’s far-right Front National, and reading this book helped me to better understand why. As Louis explains in an article he wrote for the New York Times, for many in Hallencourt, voting for the Front National was “a desperate attempt to exist in the eyes of others”.[3] After decades of feeling abandoned by the political left, it is no wonder that the Front National’s rallying against poor working conditions and unemployment resonated with many.

I would highly recommend this book, not only because it sheds light on a part of France that is often neglected, but also because it is a powerful, harrowing and thought-provoking exploration of what it means to be an ‘other’.

“The baby is dead,” reads the opening sentence of this chilling, claustrophobic novel. It’s hard to think of a sentence more primal than this. Even Hemingway has nothing on Slimani in terms of the sheer brutality of her opening paragraph, which describes in horrific detail the murder of two young children by their nanny. This is not a spoiler, but rather the starting premise of this quiet, ugly little book, and readers are left anxiously waiting for a motive.

The clock is then turned back to the beginning of the nanny’s relationship with her employers, which is all the more unsettling since we are already aware of the deranged unravelling that is to come. The set-up is rather simple: a bourgeois husband and wife living in the affluent 10th arrondissement of Paris find a nanny to look after their two young children so that the wife can return to work. When Louise, a demure, Peter Pan collar-wearing woman who immediately captures the heart of their children, comes into their lives, she soon proves herself to be indispensable. By the time her edges start to fray, it is already too late – she is already so caught up in the family’s dynamics that is impossible to cut her loose.

While this book has been relentlessly touted as the French Gone Girl, I believe that this novel is much more than your standard blockbuster thriller. While the novel parades itself as a whydunnit rather than a whodunnit, it is above all a cool, dispassionate and extremely uncomfortable commentary on class, race, gender, and the politics of mothering.

Although she is the best student in her class despite having skipped two grades, 13-year-old Parisian Lou Bertignac lacks the words and confidence to fit in with her older classmates or to deal with her difficult family situation. That is, until she meets No – a homeless 18-year-old girl with whom she develops a special bond over the course of the novel. Using the excuse of research for a class presentation, Lou interviews No, and not only does she learn about the harsh conditions of homelessness but she also finds a somewhat unlikely friend.

Lou’s thought-provoking and often poetic musings about No’s life (“Are we so small, so very small, that the world continues to turn, immensely large, and we couldn’t care less where we sleep?”) challenge readers to reflect on their responsibilities to others. In an ending that somehow manages to be both heartwarming and heartbreaking, Lou discovers that saving No is not such an easy task. Winner of the prestigious Booksellers’ Prize in France, No and Me is a quiet, charming novel about homelessness and friendship that has far-reaching appeal.

Already an international bestseller and a prizewinning sensation in France, Small Country (French: Petit Pays) is an evocative coming-of-age story of a young boy, a lost childhood, and a shattered homeland. Bearing the eponymous title of one of Faye’s autobiographical rap songs, the novel is set in Burundi, the ‘petit pays’ abutting Rwanda and what is now the Democratic Republic of the Congo. The novel, which somewhat mirrors Faye’s own life, recounts the life of Gabriel, the son of a French expatriate father and Rwandan refugee mother, growing up in Burundi in the years leading up to the 1994 genocide in Rwanda and the concurrent tragedy that unfolds in Burundi that necessitates his expatriation to France.

Towards the beginning of the novel, Gabriel’s first-person narrative describes his carefree, laughter-filled days spent with his sister, sneaking cigarettes and gorging on stolen mangoes. This stands in stark contrast to the horrific violence that ensues and shatters this peaceful existence. This constant juxtaposition of horror and wonder, of the political and the poetic, is what I love about this book. A worthy recipient of the prestigious Prix Goncourt des Lycéens in 2016, this short book is distressing, beautifully written, and urgent. I cannot recommend it highly enough.

Note: This collection of reviews is part of a challenge to read books from each of the 28 EU member states. If you have any recommendations, I would love to hear from you.