For a very long time the original programming of European TV stations had suffered from the dominance of US made TV content, and the discrepancy was mostly caused by the differences in budget. For a very long time, TV shows were seen as being of lesser quality in comparison to movies, and more successful actors would usually avoid appearing on a regular TV show. That recently changed, as several TV shows from the US got acclaim from critics and general praise by the audience, thus the status of TV shows slowly evolved. There has been more creativity involved in making a show and at the same time the level of production and artistic direction of some TV shows improved so much that they could compare to those of movies that usually appear in film festivals. There have been several established movie directors who directed shows and some award-winning actresses and actors who had major roles in some shows (the latest example being Nicole Kidman and Meryl Streep in Big Little Lies).

While all this was happening in the US, Europe started catching up, now that TV shows had a better reputation and an established market among a much wider audience. The European television program was traditionally based on imported content (films and sit-coms), adapted reality and game shows; and the only difference would be whether this content would be presented in a dubbed or original version.[1] The original programming was usually national, it would rarely cross borders and every country had its own type of shows they specialized in. Except for football matches and reality show adaptions (a reality show Big Brother started in the Netherlands, but has experienced a worldwide success, as the rights for the production of the show were sold in many other countries, resulting in the show airing in almost every European country), there was no other content that was ‘pan-European’. That recently changed with the emergence of streaming platforms, such as Netflix and Amazon Prime. These services bought rights for many European original shows and for the first time made them available with subtitles in English and other languages, all across the globe.

The most notable example is without a doubt a Spanish series La Casa de Papel (Money Heist). The TV show produced by Atresmedia and originally shown on Spanish TV station Antena3, was later purchased by Netflix and marketed abroad as an original Netflix program. It was announced last year that it is the TV show in a language other than English with most viewers in the history of the platform[2]. The phenomenon spread quickly and many celebrities and influential persons started the trend of taking photos in the iconic La Casa de Papel costume, a face mask of Salvador Dali and red jumpsuit. The main musical theme “My Life is Going On” by Cecilia Krull and the Italian anti-fascist song “Bella Ciao”, which were important in the TV show, became hits that could be heard in parties around the continent.

Here I will give a short introduction to some gems among gripping and exquisite series that were produced in Europe in recent years, that you might have not seen yet.

Probably the most well-known show mentioned here is Bron/Broen, a co-production between Sweden and Denmark – the plot of the show takes place equally in both countries, as two detectives, Saga from Sweden and Martin from Denmark, try to solve crimes that cross the border. This premise is based on the fact that the two countries are connected with a bridge (hence the title:  Bron/Broen translates to Bridge in English), more specifically the Øresund bridge that connects the Swedish city of Malmö and the Danish capital Copenhagen.
The first episode starts with a body being discovered at the exact center of the bridge, one part of the corpse left in Denmark, and the other in Sweden. Soon, the international duo of detectives will have to cooperate and overcome their personal and cultural differences (yes, not all Nordic have absolutely the same features, as a matter a fact, Danish detectives are portrayed as more down to earth and irresponsible, while Swedish ones are more serious and have a great respect for rules and procedures) to solve the crimes.

So, one may ask, what is so special about this TV show? Besides being an international show and just another detective story, this series has to offer very unique cinematography, with a style a lot of people consider typically “Nordic” (‘gray’ surroundings, lack of flashy colors, cloudy weather, etc.), but also the nature of the crimes. Almost all crimes that the duo solves have a social dimension to it: homelessness, same-sex adaption, immigration, etc. All these social phenomena are intertwined with the personal motivation of the perpetrators. The TV show forces the audience to think critically about the society, and on the other hand, we can learn what political issues Swedes and Danes are concerned about in recent years.
The show’s success is measured in all the spin-offs it had after its original release, the show was done later in UK and France, USA and Mexico, Estonia and Russia, Malaysia and Singapore, Germany and Austria.[3]

Where to watch? The complete series with 4 seasons is available on Netflix in Belgium, Netherlands, Germany, Sweden and Switzerland. If you are in any other country, you can check if the series is available on the website of the local TV station that aired the show (for example, BBC if you are located in the UK).

El tiempo entre costuras (The Time in Between)

This extremely underrated Spanish historic period drama, directed by Iñaki Mercero, Iñaki Peñafiel, Norberto López Amado, is based on a Spanish bestselling novel of the same title, written by Maria Dueñas. We follow the life of Sira Quiroga, a seamstress born and raised in Madrid at the beginning of the 20th century, growing up with a single mother who is struggling to provide for her daughter by working as a seamstress. Growing up with her mother, Sira learned all the skills necessary to be a great dressmaker, therefore, she followed her mother’s steps and started the career in dressmaking. While crafting her skills, Sira is also torn by the love triangle she is part of. The series of events gets her into Morocco, where she enjoyed a lavish lifestyle with her new partner, provided by the money she got from her father, who all of a sudden felt the need to reconnect with his daughter. Sira is soon after betrayed by her lover and left with nothing in a foreign country.
This series that looks like soap opera at first sight will all of a sudden turn into a political and spy drama, as Sira gets infiltrated into the movement that is trying to change the role of Spain – led by Franco at the time – in World War II. Sira will have to use her skills, influence, and fabric she uses to send coded messages in Morocco and Spain and try to change to course of history.

What’s so special about this show? Besides the incredibly beautiful scenery of northern Morocco and exquisite photography, you can also enjoy the great writing and direction. This TV series has to offer all technical features of any critically acclaimed movie (and the awards that this show got are evidence to that). Also, the suspense of Sira’s escapades will leave you breathless as you follow her adventures. And it is important to note that the majority of characters in the show are actual historical figures and you can learn a lot about them while watching the show (and google more details afterward).

Where to watch? Unfortunately, this TV show is not available on Netflix in any European country, but I am pretty sure that your local Institute Cervantes has a DVD copy of the whole show! If you are currently learning Spanish, you cannot miss this show.

Germany has produced several internationally acclaimed TV shows with incredibly high viewing figures, such as Babylon Berlin, Deutschland 83 and Dark. Here, I will talk about a less known, but in no way less deserving of praise, TV show, produced by the channel TNT and directed by Marvin Kren and Oliver Hirschbiegel. In the series called 4 Blocks we follow the life of the Hamady family, the Lebanese immigrants who run a drug cartel in the Berlin’s buzzing hipster neighborhood Neukölln. Brothers Hamady will soon encounter a crack in their unity and their unconditional trust and support, when the older brother, Toni, decided to leave “the business” in order to lead a more peaceful life with his family. His wife sets an ultimatum, tired of constant danger her husband faces and demands that he stops his criminal activity.
As in all drama series, nothing is that simple, as the cartel faces great danger from a competing group and Toni has to do anything possible to maintain balance between the safety of his family and the dominance of his clan in Berlin.

What’s so special about this TV show? Again, we have a TV show with the drama that will put your nerves to the test, with cliffhangers and suspense that will make you binge-watch the show in one day. On the other hand, the show gives a realistic portrayal of modern German urban society, as we witness the isolation of immigrant teenagers from the larger social groups, which leads them to making many wrong choices, but also the complications of becoming a European citizen today, as we follow Toni’s endeavor to “legalize” his assets and become a German citizen, which is a process that turns out to be more difficult than he expected. 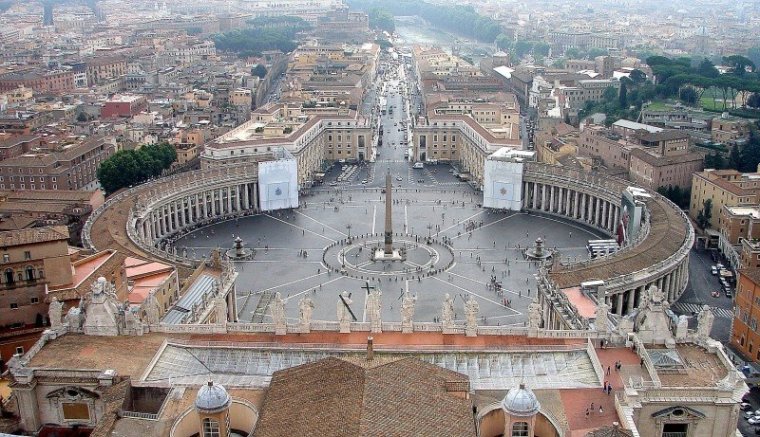 An Italian TV show that talks about mafia is nothing new, it can also be regarded as a cliché. In the case of Suburra, there is a twist that makes this Netflix produced TV show a great watch! The story involves different mafia circles in Rome that are fighting to get a hold on a valuable land of Ostia, on the shore near Rome, that is in the possession of the Vatican. This objective will soon make all the interested parties, the Vatican and the political center in Rome go against each other or cooperate (depending on their interests) and lead to a fight for dominance intertwined with the personal relationships of the characters.
The story starts when three young mafia members Aurelio, Spadino and Lele, two sons of leaders of separate mafia groups, and one associate (son of a policeman) get a hold of an incriminating sex-tape of a Monsignore Theodosiou, an important Vatican churchmen who is in charge of the commission deciding the fait of land of Ostia. While juniors in mafia families use the possession of the sex-tape to get the land, their parents will fight against each other, and nothing is off the table.
The show is not an adrenaline rollercoaster like some other presented in the article, but it is exquisitely well-written and features some notable actors and actresses. It will grow on you and by the end of the first season, you will be anxious to see what happens in the second one. The more serious tone of the show got the first two episodes to be screened during the prestigious Venice Film Festival[4] and the whole series will be aired on the Italian state TV station Rai this year[5].

Where to see it? Since this is an original Netflix program, it is available on Netflix in almost every country in the world!