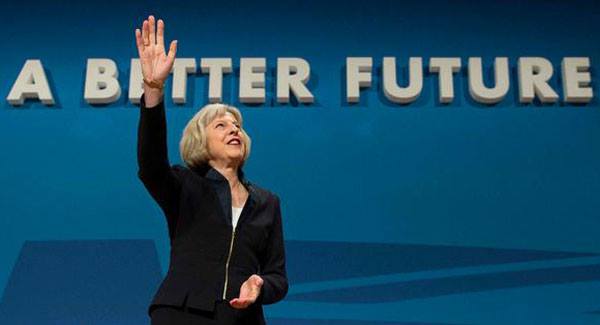 Buckle in for more Brexit misery

There were a few weeks where it looked as though the Brexit dust was settling. The markets had remained surprisingly robust, defying immediate post-referendum expectations, and aside from Labour party infighting, the political landscape was relatively calm. Then the Conservative party conference arrived, to crush our dreams. Here are five moments of fresh misery the government delivered to the UK electorate:

A Hard Brexit will begin March 2017, with the UK potentially exiting the European Union by 2019

Finally we have a date – Theresa May has announced that she will trigger Article 50 in the Spring of 2017, which means that once negotiations begin we could be looking at a UK exit from the European Union by March of 2019. Her announcement sent sterling into a freefall, plunging the pound to a 31-year low, signifying that the markets, along with a significant chunk of the British public, had been secretly hoping that Brexit did not actually mean Brexit.

One of the first announcements heralding Hard Brexit, is that May’s EU negotiations will be prioritising heightened border controls over the single market.

Wave goodbye to freedom of movement and the European Court of Justice, everybody. If there’s one thing you can say about the conference, it’s that it was brutally revealing: after a muddy and reality-defying campaign, it turns out this referendum really was about immigration all along.

Jeremy Hunt is going to stop foreign doctors entering the country, and prevent British ones from leaving

I have a deep, personal hatred of Jeremy Hunt, and his steady dismantling of the NHS. He used his conference spotlight to announce measures that will prevent foreign doctors from coming to the UK to work (cited as ‘reducing British reliance on overseas workers’), and fine medical students who go to work overseas after training in the UK. As of yet, Hunt has shown no signs of confronting the underlying reasons for doctors moving abroad.

Businesses will be asked to list their foreign workers, to prove migrants aren’t stealing jobs

Competition was stiff for the most backward and bigoted policy of the conference, but a special prize must go to Home Secretary Amber Rudd, who announced that UK companies would be required to report the number of “international” employees in their workforce, to “prevent migrants from taking jobs [that] British people can do.”

…I don’t even know where to start with this one. The only silver lining is that the backlash from UK organisations has been so severe it looks as though the cabinet will be forced to backpedal.

Not content with flushing international diversity out of British business, Rudd additionally announced she would be clamping down on the rights of foreign students to come and study in the UK; introducing two-tier visa rules that will tie the rights of international students to work in the UK, bring their families to the country, and go on to post-study jobs to the quality of their course and university.

“A student immigration system that treats every student and university as equal only punishes those we should want to help,” she said, in one of many spectacularly ill-informed comments. “So our consultation will ask what more can we do to support our best universities – and those that stick to the rules – to attract the best talent … while looking at tougher rules for students on lower quality courses.”

IN SUMMARY: What a small, sad, lonely place this future Britain is going to be.

The UK Independence Party (UKIP) experienced a week of utter disarray after leader Diane James resigned, following only 18 days at the helm of the party, and the favourite to replace her was punched in the head by a colleague so hard it left him with bleeding to the brain. Fellow UKIPper and MEP Mike Hookem denies punching Steven Woolfe during an ‘altercation’ at an MEP meeting in Strasbourg, saying instead they were ‘hugging each other like a pair of tarts.’ Another glorious week for British politics.

Click here for more “Notes from a Lonely Island”.

“Little Europe in Bengal: Patches of multi-national interests on the bank of Hooghly” by Arnab Dutta

“The Public, the Private, and the Privates: Europe’s Abortion Debate against Shifting Backgrounds” by Sophie van den Elzen

“Why does Ireland have the EU’s strictest abortion regime? Applying and Repealing the Eighth Amendment to the Irish Constitution” by Eoghan Hughes

3 thoughts on “Five terrifying takeaways from the British Conservative Party Conference: Notes from a Lonely Island #3”