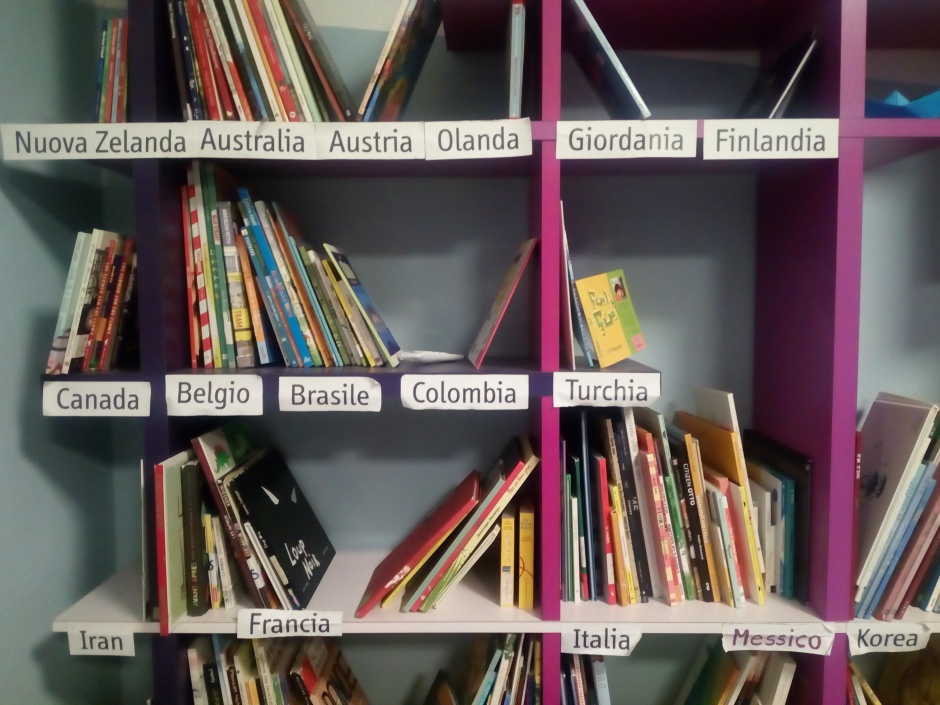 However, this is not a positive signal meaning that the Italian and European migration policies are giving the expected results. In fact, 19% of those who have tried to leave Africa last September died or went missing, a percentage that has never been registered before[2]. Past scenarios in which the island, with its 6,000 Lampedusani, was hosting 10,000 people on its small territory[3] are not likely to happen again. Lampedusa is not facing any serious problem in welcoming and hosting migrants in its hotspot, where their process for seeking international protection starts and where they normally spend just two days before being transferred to the mainland.
However, the migratory phenomenon is still profoundly affecting Lampedusa and those who live there. Different people and places around the isle can show what living on an island on the European border means, with all its peculiarities and paradoxes.

Activists and normal citizens, including children. These are the protagonists of the Forum Lampedusa Solidale, an association which was created in 2015 in order to find possible solutions to the many problems that arise in an island such as Lampedusa. Its actions mainly focus on welcoming migrants, access to culture, respect of the environment and social integration through activities that aim at expanding the community life on the island.

The most striking project realized by the Forum is the creation of a public library. This might sound absurd to many, but since few years ago, Lampedusani did not have any access to paper books on the island, as there was no bookshop nor library. With many efforts, a new public library for children was opened in the centre of the main village and is now accessible to everybody: locals, migrants and also tourists, who can join the activities organised by the Forum and borrow books.
Entering and exploring the library is a special experience – you immediately feel that you are not in a normal library. Children going around on their roller skates, others playing with their dog, some sitting at the main desk. Because one of the main characteristics of this space is that it is not only shared by citizens, but also looked after by them. Adults and children can volunteer to manage the library and thus you might see a kid preparing and giving a new library card to another child or registering his/her loans.
The library is made for and by Lampedusani, but – of course – it is also made up of books. If on some shelfs you can find J.K. Rowling, Roald Dahl and Lewis Carroll, there are also some which gather books in Arabic, Hebrew and French. An entire section is dedicated to a special collection of books – silent books. These do not have any word in any language, just images, and can thus be ‘read’ by children from all over the world. The Forum organises collective readings of these books, in which kids can listen to a narration made of sounds and gestures while looking at the images represented. No matter their origin or the language they speak, no matter the nationality of the reader: everyone can understand and get the story and emotions conveyed by a silent book.

Every community needs a doctor, and Lampedusa has a very special one: Pietro Bartolo. 62 years old, born in Lampedusa, he does not like to be called a hero, but he actually is one. Not only he takes care of Lampedusani, but also – and especially – of the thousands of migrants who have arrived and still arrive in Lampedusa. His job is very different from what doctors usually do. For example, when a ship carrying migrants gets into the port, he has to come aboard. Hundreds of worn out people close to death and dead bodies of those who did not survive – this is what he usually finds there. His task? Checking that nobody is affected by contagious diseases. After this, people are allowed to disembark, and they receive first aid before being sent to the hotspot where they will be nursed and hosted.
But Bartolo’s experience goes even further than this. In the last 20 years, he has helped women who had been raped in Libya to give birth. He has healed the serious injuries of those who have been tortured in Libyan detention centres. He has helped adults weighing 30kg and who survived a hellish journey through Africa and the Mediterranean Sea. He has done autopsies of the corpses of those who did not survive– thousands of women, men and children.
Listening to Bartolo’s words is a touching experience which makes the listener live through hell and humanity at the same time. He reveals having nightmares in which he recalls dead children whose corpses were found on the ships or floating in the water. He admits feeling powerless if front of the physical pain and physiological suffering of migrants, who arrive exhausted after long journeys and months – or years – of detention. Some tears appear on his face and he seems to remember every single person he met, dead or – sometimes barely – alive.

If one of Bartolo’s merits is to remain strong to face hell every day and to still exercise his job on the island, he deserves respect also for having been able to share his experience. In fact, not only he has listened to the migrants’ stories – he also decided to tell the world about what these people go through and what is happening on the European border. He managed to do so by becoming the protagonist of the film Fire at Sea and of the book Tears of Salt: A doctor’s Story. He gives conferences in Italy and abroad to let people know about the tragedy that is taking place in the Mare Nostrum. Even if this is not easy for him, he knows that telling the truth about what actually happens in the Mediterranean is the only way to work towards the end of what he calls a slaughter of innocents[4].

Isle of Rabbits and Garden of Remembrance

Even if for many of those who arrive in Lampedusa the sea is hell, for some of them it is also heaven. After a collapse in the number of tourists coming to the island during the peak of the refugee crisis, tourism is recovering, and the warm atmosphere, delicious food and sun-kissed beaches attract more and more tourists every summer.

One of the most famous and visited places in Lampedusa is the Isle of Rabbits, a promontory with white sand and crystal-clear water. Today it is part of a nature reserve, as a rare species of turtles lay their eggs there every year. The area is protected by Legambiente, an Italian environmentalist association which takes care of the beach and assures that visitors respect this unique place.
Not far away from the Isle or Rabbits, there is another place which can surprise tourists and passers-by – but for other reasons. In the middle of the scrubbed landscape which characterizes Lampedusa, you can find the Garden of Remembrance, which aims at remembering the shipwreck that took place on 3 October 2013 and its victims. On that day, 366 migrants died drowning in the sea just outside the port of Lampedusa. Fishermen who were working at the time of the disaster tried to save as many people as possible, picking them up on their ships from the sea. Hundreds of people in the cold water, just a few ships and the dark of the night. Most of them did not survive. Bartolo still remembers doing the autopsies of those people, a process which took no less than fifteen days.
As the corpses were later transferred to the mainland, all the traces of the tragedy have disappeared. The garden was created in order to keep the memory alive, with 366 small trees that were planted to represent all the victims. Unfortunately, what should have been a place of memory has actually been forgotten. Nowadays, the garden looks abandoned: many plants have died, information regarding the place is lacking and the place is not easy to find.
However, even if the garden should be renewed and promoted as a place to remember the 2013 shipwreck and inform wanderers about what happened, something is sure – Lampedusani still maintain the memory of that day which changed the lives of many.

The Door of Europe

Lampedusa, with its history of migration and suffering, has not failed to attract the attention of the world. After the 2013 tragedy, the Pope came to the island and European politicians started to realize how inhuman the situation in the Mediterranean was – and still is. In fact, this small speck in the middle of the sea is of course a door to Italy – but also to Europe.
If the Garden of Remembrance is failing in keeping the memory alive, there is a monument which wants to remember all the people who did not manage to reach the coast alive. The memorial does not look particularly relevant at first sight, but being named Door of Europe, it can definitely give food for thought. Created in 2008, it is placed in the southernmost point of the island, looking towards Africa. Conceived as a symbol of openness, it now poses many questions which are difficult to answer. Are European doors still open? Do we deserve a monument like the Door of Europe?

Politicians and EU leaders are struggling to find an answer. But if borders are questioned all over the continent, they are challenged also by the inhabitants of this island. While some Lampedusani are eager to help and welcome those who come from the sea, others are not. In this, Lampedusa represents Europe, just in a smaller scale.
However, the island, with its long history of migration, pain and hope, will forever be different from every other place. One of the reasons is that even if it is now part of Europe, the island actually comes from somewhere else. As many of the migrants who arrive there, this piece of land was originally part of Africa, as its geology confirms. This makes no surprise – the arid landscape is dominated by small bushes and dust, and a few sporadic trees that somehow managed to grow.
The Door of Europe in Lampedusa is actually open, and everybody can move through – maybe suggesting that this place will continue to be a gateway for many. It is up to us to decide whether Europe will be a welcoming home or not.