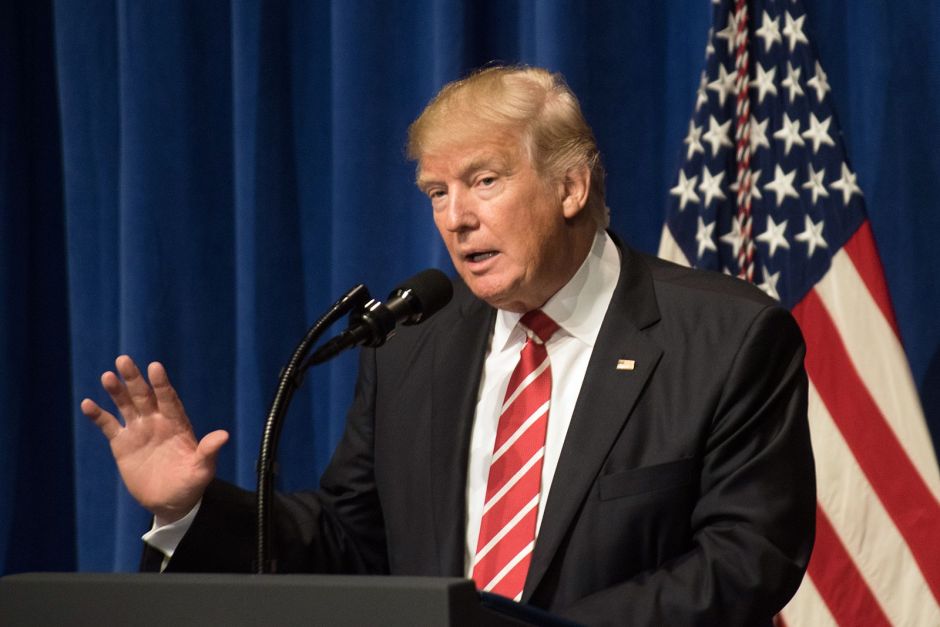 Since the beginning of 2017, the world has been adjusting to the idea of “America first.” The United States’ shift towards isolationism and protectionism came as no shock under the incoming president, but – lest there be any mistake – he’s been very clear on the matter from the get-go.

Europe has rolled with that punch, responding with resolute determination to stand on its own and fill any potential gap left by America’s retreat from the front lines of the international forum. German Chancellor Angela Merkel has said that Europe cannot only rely on the US to solve problems, and European Commission President Jean-Claude Juncker recently proposed further globalization, integration, and a stronger EU presence on the world stage. This is good, and necessary, because President Trump hasn’t changed his tone.

In his address to the UN General Assembly on September 19, 2017, the US president reiterated his America-first stance, and, perhaps in an attempt to make the idea more palatable, insisted that every country should take the same approach (he used the word “sovereign” 21 times in 42 minutes). The thing is, a lot of countries don’t want to. The leaders of the European Union, save for one notable exception, believe that they are stronger together.

Trump made every effort to hammer home the point that countries should stand on their own and in many ways, mind their own business. In the process, he reminded the world of all the great things America’s done in the past – because good friends never let you forget when they’ve helped you out, right? The US Constitution has inspired countless countries around the globe. The Marshall Plan rebuilt Europe. America has saved you all by fightin’ ‘round the world. You’re welcome. He even notes that America didn’t opportunistically try to take over any other parts of the world or impose their will in the aftermath of the war. The truth of that statement is arguable at best, and nonetheless, to refrain from conquering and colonizing isn’t exactly a heroic act. You don’t get points for not stealing.

In the midst of his bragging, Trump made statements that provide a troubling deeper insight to his perspective on history, Europe, and international relations. First, that “the nation-state [is] the best vehicle for elevating the human condition.” This undercuts the purpose and history of both the UN and the EU, and furthermore ignores the lessons learned from the very wars he boasts of winning. The UN and EU are great examples of, among other things, what the world needs when a single nation-state gets out of hand. Do they prevent every war, atrocity, dictatorship, or famine? No. But they do a hell of a lot for global and regional cooperation, freedom, and peace. To laud the Marshall Plan and praise the solitary nation-state in the same breath is laughable – the plan promoted deeper European integration, which has been a key factor for one of (if not the) longest periods of peace on the continent in 2000 years. For the record, America’s memory of its messianic role in the rebuilding of Europe might be a little overblown, similar to its memory of the war.

Recently Rich Lowry wrote in POLITICO: “Trump’s core claim that ‘the nation-state remains the best vehicle for elevating the human condition’ is indubitably correct; it is what makes self-government possible. Given the choice between being governed by imperial center or transnational authorities, the people of almost every nation will choose — and fight if necessary — to govern themselves. (See the American Revolution.)” However, self-governance and elevation of the human condition are not the same thing. Sovereignty in itself is important, and there are no audible calls in the UN (or EU, for that matter) for the dissolution of national borders or sovereignty. Trump and Lowry seem to think that sovereignty and supranational organizations are mutually exclusive. More realistically, it seems that Trump is emphasizing this idea to justify his isolationist rhetoric.

Between discussing the Marshall Plan and US involvement in past wars, Trump said: “[We] can no longer be taken advantage of, or enter into a one-sided deal where the United States gets nothing in return.” This implies that past US assistance was purely altruistic, and in the end, hurt the country. The idea that the Marshall Plan and the goal of a peaceful, united Europe were not in America’s best interest is remarkably flawed. To say that America got nothing in return for the Marshall Plan is to ignore 70 years of transatlantic cooperation and stability.

Nationalism and isolationism have not been unique to the US in recent years, of course. Even in this week’s German elections, far-right nationalist party Alternative für Deutschland garnered 13% of the vote and won its first seats in the Bundestag. But this doesn’t hinder the stronger European message of solidarity. Unlike the US, Europe hasn’t forgotten the benefits and necessities of international cooperation – and EU Member States haven’t lost their sovereignty as a result, either. As the US continues to diplomatically shoot itself in the foot, it only opens up possibilities and potential for the EU to build its influence and foster stronger global ties. For the sake of the world, let’s hope Europe can make good on its plans.