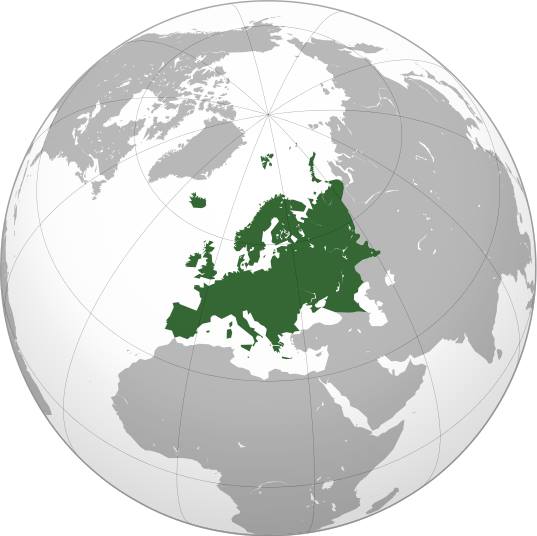 Historical analysis shows that transnational collaboration between right groups is not a new phenomenon. First, one might think of the (attempts of) collaboration by the fascist parties from various European countries in the first half of the 20th century. Nowadays, a visible manifestation of right-wing collaboration consists in coalition-building in the European Parliament (EP). Fortress Europe is thus yet another example of how even nationalists can unite at supranational level. What ideology binds the contemporary right-wing groups together?

At first sight, blunt Islamophobia is the common ground for right-wing transnational collaboration in contemporary Europe. The fear of “Muslim invasion” was not only eponymous for the German Pegida movement, but is expressed in all their publications and at their demos.

What’s more, right-wing groups constantly evoke a mystic common ancestry of all Europeans. When Fortress Europe speaks of the “European peoples” with their “common European roots, traditions and values,” their discourse strikingly reminds of the writings by the French right-wing intellectual Alain De Benoist. De Benoist is regarded as the founding father of an ideology called ethno-pluralism.

Officially, ethno-pluralist thinkers reject the idea of a hierarchy between different cultures, but claim them to be of equal worth. In Fortress Europe’s rhetoric, however, “European culture” is clearly depicted as superior, especially vis-à-vis “Muslim culture” (“Scharia paradises”). This depiction is not really surprising. In 2003 already, researcher Alberto Spektorowski criticized ethno-pluralism for promoting a form of European cultural nationalism.

It does not seem far-fetched to establish that in ethno-pluralism, an essential and fundamentalist understanding of culture replaces the race category used in the older fascist discourse. The aim of introducing the cultural category remains the same as in traditional racist thinking: the strict exclusion and degradation of a certain group of people. It is apparent that ethno-pluralism serves the European New Right as a mere disguise for racism. One should thus be aware that although the rhetoric of contemporary right-wing groups may lack overtly racist vocabulary, their ideas remain the same.

If you want to learn more about European identity politics, read about the EU Ireland-Apple tax ruling and its effect on Irish politics here

4 thoughts on ““They just have a different culture!” Disguised racism in right-wing rhetoric of the 21st century”