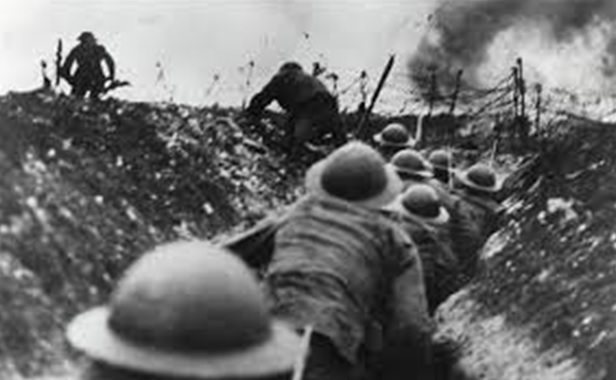 Recently, Der Spiegel suggested the relevance of World War I today while other media and even historians have speculated on similarities between the period around World War I and our time. Might there be some relevance indeed and, on top of that, even to Euroculture? Running roughshod over historical uniqueness by making comparisons with contemporary times is a dangerous business, not to say a dead end in the historical discipline. A hundred years ago it was extremely dangerous for the soldiers to go ‘over the top’ (climbing out of the trenches) in order to gain more territory. Let us now metaphorically go ‘over the top’ in the pursuit of historical relevance. Hoping to survive the many figurative bullets that may be fired upon this undertaking, we will find out how much ground and insight will be gained.

“Let us now metaphorically go over the top“

With some generalisation and a bit of fantasy, one can see similarities between the reality in 1914 and that in 2014.

By commemorating the Great War this upcoming summer, it could actually tear open wounds that had become scarred over and history can be relived. When last August the German Embassy in London seemed to intend, in the interest of promoting reconciliation, to take part in commemorative ceremonies in neighbouring countries, it led to an outcry in the British press: the Germans were trying to prevent the British from celebrating their victory in World War I. In France it is said that the commemoration can restore the grandeur and unity of the Republic. Prior to elections to the European Parliament in May 2014, a surge of nationalist movements and anti-German sentiments is noticeable in many European countries. Polls in Spain and Italy show that populations are of the opinion that Germany has too much influence in the EU. Even a comparison with the realm of the blustering Kaiser Wilhelm II was made.[1]

“In the early 1900’s, goods and persons could travel freely…”

Additionally, in the early 1900’s, goods and persons could travel freely with almost no border control between countries ruled by multinational elites. Today, as is the perception held by many, Europe’s free market is governed by multinational elites in Brussels who are detached from national or local populations. Moreover, the early 20th century had just experienced tremendous technological progress, new professional and scientific specialist education, and nation building. This brought enormous advances and social mobility to society. But according to some it soon had its backlash.

Shedding away from blaming countries or individuals, it could be argued that it is exactly these new modern developments – which at first brought progress, coupled with imperialism – caused the war. The transnational aristocratic elites might hardly have been the cause of the war, soon after to be replaced by totalitarian communism and fascism. Perhaps it was on the contrary. A few days before the war, Kaiser Wilhelm II of Germany and Tsar Nicholas II of Russia wrote to each other:

“I foresee that very soon I shall be overwhelmed by the pressure forced upon me and be forced to take extreme measures which will lead to war. To try and avoid such a calamity as a European war I beg you in the name of our old friendship to do what you can….Your affectionate Nicky.’’

”I fully understand how difficult it is for you and your Government to face the drift of your public opinion. Therefore, with regard to the hearty and tender friendship which binds us both from long ago with firm ties, I am exerting my utmost influence to induce the Austrians to…Your very sincere and devoted friend and cousin Willy.”[2]

The old elite was either related or shared the same broad classical education, constituting a community. The new specialised educated career class produced in isolation chemical weapons, the economic theory of competition and, in separation from daily politics, the military rationale of total war and mobilisation, which could not be paused. The unforeseen consequences of these actions, the miscalculation and irresponsibility, led to a disaster on the continent and in the world. A true dehumanising experience.

Naturally, we cannot glorify nor support the old aristocratic society, who played a part in the war as well. But what good in the old was lost in the new? After the war, unsuccessful counter movements emerged, such as European idealism by Count Coudenhove-Kalergi and the League of Nations. In academia it meant placing the Bildung ideal[3] on the agenda again. One was not to acquire only specialist knowledge, but also the capacity of moral and aesthetic judgments, and one had to act justly and responsibly. The objective science had to be complemented with this more subjective Bildung, and one needed to be generally educated as well. The cultural historian Johan Huizinga, among many others, pleaded that new elites needed to be cultivated in contact with students from different backgrounds. Unity in science and precursors of interdisciplinary studies were pursued. In 1918 he stated that an artes facultium catering general education of European culture needed to be created. Academia required solid communities that could constitute checks on the separate sciences, each creating responsible progress, not uncontrolled specialism, and above all academic citizenship, hereby keeping extreme societal powers (which cause war) in check.

“With boldness and idealism, Euroculture fits in this narrative…”

With boldness and idealism, Euroculture fits in this narrative. It is an international interdisciplinary Master of Arts, teaching European culture and receiving ‘elites’ (excellent students) in the programme. Coupled with the professional competence skills and the mobility, it aims for transnational education, a cosmopolitan mind and personal development: a true Bildung, not detached from society but rooted in it with academic citizenship.

That at least seems to be the idea (whether it is reached is a different matter), and puts the old ideals in a new model. This is also the reason for the EU to grant subsidies to Euroculture. It wants to facilitate what existed 100 years ago, but from an equal opportunity perspective: transnational multilingual citizens making the European public space in which deliberation by leaders is possible, come true.

As long as we from Euroculture get brandend ‘master of excellence’ and are subsidised, both the students and professors have a moral responsability; a modern form of the noblesse oblige in 1914. The commitment is: vigorous education and personal development both inside and outside the lecture rooms, in close contact with fellow students, university professors and society. One is not to carry out the Master programme in a bubble as an aristocratic Grand Tour, nor as a specialised library life. Yes, luckily a little bit of savoir-vivre is part of the Bildung.

Naturally, this does not mean support for the EU itself or converting people to ‘feel‘ European. On the contrary, university is supposed to be an independent universal institution (hence the Latin origin universitas). For ages, university was a balancing factor between church and state (today one may add the market), keeping those forces in check. Indeed, the purpose of university is to produce graduates who contribute to harmonising societal forces, in order to prevent a dehumanising experience like the Great War or totalitarianism, be it religious, political or economic.

[1] Kaiser Wilhelm II (ruled 1888-1918) expanded largely the industrial and military powers of Germany and is perceived in older historical discourse as a main cause of the war by pursuing a dominant position for Germany in Europe.

[2] Isaac Don Levine (ed.) The Kaiser’s letters to the Tsar, copied from the government archives in Petrograd, and brought from Russia (London, Hodder and Soughton Ltd: 1920).

[3] Bildung refers to self-cultivation and also stems from and connects with the educational ideas of Alexander von Humboldt in which the general pursuit of all human faculties (independent from the state) is key.

Soldiers about to ‘go over the top’ at the Battle of the Somme
(Source: telegraph.co.uk) 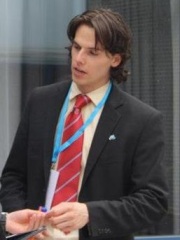 Michiel is from the Netherlands and has a broad academic interest in various topics like history, politics and philosophy. He graduated in History at Leiden University and also studied at the University of Amsterdam and at American University in Washington DC. Currently he is a Master student of Euroculture at the University of Groningen and Göttingen.