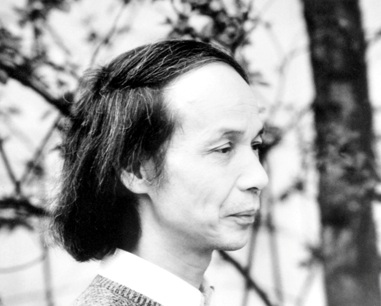 In this article, I do not intend to frame music to its origin, or to generalise music composition into representation of a certain culture. Instead, what I wish to demonstrate is how I see Toru Takemitsu’s Requiem as a response to his personal life experience of war, as well as how the music reflects the beauty of Japanese aesthetics. 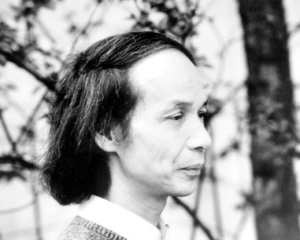 Requiem for strings (弦楽のためのレクイエム) was Toru Takemitsu’s (武満徹 1930 – 1996) early composition in 1957. It remained unknown to the world until 1958, when Igor Stravinsky visited Japan and heard Takemitsu’s composition. The music had been mistakenly selected by staff of the Japanese national broadcast station NHK as work of the Russian composer, but Stravinsky insisted on hearing it to the end and expressed admiration for the work. In a later press conference, he praised its “sincerity” and “passionate” writing[1]. Stravinsky subsequently invited the Japanese composer to lunch; Takemitsu later described it as an “unforgettable” experience[2].

“Stravinsky insisted on hearing it to the end…”

Composed as a tribute to his mentor, composer Fumio Hayasaka (早坂文雄 1914 – 1955), Requiem for strings shows the composer’s avant-garde style of composition which absorbs elements of various forms of music (namely Schoenberg, Berg, and Webern’s Second Viennese School[3]); with great resemblance to Western classical music. Requiem also shows a highly ‘non-Japanese’ commotion that audiences may find difficult to relate to anything Japanese.

In this article, I do not intend to frame music to its origin, or to generalise music composition into representation of a certain culture. Instead, what I wish to demonstrate is how I see Takemitsu’s Requiem as a response to his personal life experience of war, as well as how the music reflects the beauty of Japanese aesthetics.

Largely self-taught, Takemitsu’s first encounter with Western classical music occurred after World War II. Western music had been banned during the war in Japan. In an effort to learn music, he would walk through the city searching for the sound of a piano, whereupon he would “ask to touch the piano for five minutes. I was never refused!”[4]

Takemitsu worked for the US Armed Forces, but was soon hospitalised in 1953 for a long time due to tuberculosis. During his time in hospital, he spent many hours listening to Western music on the US Armed Forces network radio. The discovery of Western classics helped Takemitsu to recover from his terrible war trauma. “My first teacher was the radio”, said Takemitsu. The composer recalls his military life after conscription in 1944 as “extremely bitter”[5]. The composer explained much later in life that, for him, Japanese traditional music “always recalled the bitter memories of war”[6]. For many years he considered Japanese traditional music as a symbol of the horrible war. “I hated everything about Japan at that time because of my experience during the war,” he said[7].

Influenced and inspired by composers such as Debussy and Messiaen, Takemitsu rediscovers music with a modern perspective. He co-founded Jikken Kobo (実験工房Experimental Workshop) with Joji Yuasa (湯浅譲二), Katsuhiro Yamaguchi (山口勝弘), Akiyama Kuniharu (秋山邦晴), and 10 other young artists in 1951[8] and conceived electronic music, especially Musique concrete (Concrete Music). At the same time, Takemitsu demonstrated great strength in mastering Western orchestration, of which Requiem could be regarded as his earliest large-scale orchestral work.

I share with you here a notable recording of Takemitsu’s Requiem for strings, played by the New Japan Philharmonic in 1991 under the baton of the renowned Seiji Ozawa:

Despite its ‘non-Japanese’ tonality and orchestration, what I find most ‘Japanese’ in Requiem is its sense of speechlessness beyond music itself, the relatableness to traditional Japanese aesthetics of Mono no Aware (物の哀れ). First described in the Japanese novel, The Tale of Genji by Japanese philosopher Motoori Norinaga (本居宣長1730 -1801), ‘mono no aware’ exhibits an important aspect of what is seen as traditional Japanese aesthetic consciousness. The component ‘aware’ portrays sorrow or misery; ‘mono no’ points this ‘aware’ to the things of the world, taken usually in the abstract sense; often to signify a sad but ephemeral beauty which is conspicuous in traditional Japanese cultural expressions. Mono no Aware’s sad, “fleeting beauty” is most closely connected to the Japanese notion of transience (無常mujō) or sensing-impermanence (無常觀mujō-kan): “nothing in the world is permanent, that all things, both beautiful and painful, must inevitably pass away”[9].

Nothing in the world is permanent, that all things, both beautiful and painful, must inevitably pass away…”

Requiem is composed in ABA format[10]; Lent – Modéré – Lent. This taut structure delivers intensity throughout the piece. Gradually magnified by muted violins, Requiem transports a beautiful but hollow, later solid homophony; surrounded by a mist of lower strings, the continuous smooth passages of crescendo and decrescendo imitate the grizzle inhales and exhales of a singer:

The ‘breath’ of the music is highlighted in red, one can tell from the score that it is in steady crescendo, decrescendo, crescendo and decrescendo again. Takemitsu described this use of monotonic change of one single note as a River of Sound (音の河), where a background of audio flows in contrast to the movement of motive, which is highlighted in blue. The composer recalled “One day in the year 1948, I was trapped in a tiny train carriage; I had the thought of mixing one single noise into accurate notes, to be more precise, this noise is the channel which goes through sound in our life”. He further noted that by mixing noise into accurate notes, it implies to him linking all sounds together, and thus is named the River of Sound. He finds the River of Sound on one hand exterior to the rest of notes and, on the other hand, he also finds himself exterior to the world he knows[11]. This motive is then ended by a short viola solo, relocating the homophony into a richer tonality.

The second section is even tenser with a faster tempo and more passionate syncopations which demonstrate grievances. This is further demonstrated by the use of two violins on an octave interval (highlighted in blue in Fig.2). With the use of only two violins, the composer marked rall. (rallentando) molto, which means slowly and drastically, which is against the overall tempo of modéré, giving sharp changes to both the volume and tempo.

The last passage recalls the opening theme, which is slightly shortened. This carries a reminder of the past which brings the beauty of sadness, and in my view, implies a Samsara vision of life, which can be related to the composer’s experience of struggling for life against illness.

“Mono no Aware is a sentiment towards nature and life, that life is part of death and death is part of life…”

I construe Mono no Aware as a sentiment towards nature and life, two main themes which often occur in Takemitsu’s compositions[12]; thus, life is part of death and death is part of life. Through this sentiment, one may overcome the transience of life and uncertainty of the future. All the soreness of life is momentary, and only by fully recognising the truth and retaining a peaceful mind, can one achieve a realm of eternity. At this particular time, when the tension between Japan and China, as well as among nations in Southeast Asia, grows, the recall of such aesthetic value is sorely needed for all mankind to keep in mind the astringent memories of war and the common desire of permanent peace.

Requiem for strings demonstrates a heavy influence of Western classical music in Toru Takemitsu’s early composition. The composer once said that, “I used to believe that I could only compose when I am confronted with a big mirror of Western Music, only after knowing the music of my own country, I realise that mirror is not just one-dimensional”[13]. Indeed, one may find more use of local traditional elements by the composer in his later experimental works, which highly correlates with elements from nature.

Takemitsu left over 100 compositions of chamber, orchestra, and film scores after his death in 1996. My own interpretation of his Requiem serves to only glimpse into the composer’s life and his imaginary world, and I certainly wish for more listeners to carry on this discovery.

[10] Any single section of music consisting of phrases or other musical sections could be represented by ‘A’. This musical section can be repeated to create an ‘AA’ form. If put together with a new section, ‘B’, the musical form is then called ‘AB’, showing two contrasting musical sections. Thus, when ‘A’ is repeated (even with modification), it forms an ‘ABA’ structure.

Wong Tsz, from Hong Kong, moved to Europe for MA Euroculture (2010-12) after obtaining his BA in Language and Translation. Currently, he’s a PhD student in Musicology under DFG Research Group ‘Expert Cultures from the 12th to the 16th Century’. Wong Tsz played in various orchestras in Hong Kong and in Europe, including the Hong Kong Youth Symphony Orchestra, Open University of Hong Kong Orchestra, Göttingen University Orchestra, Groningen Students’ Orchestra MIRA, and currently in Academic Orchestra Göttingen AOV. He’s not only keen on playing music but is actively engaged in academic research. His Master’s thesis gives an in-depth study of Gustav Mahler’s Das Lied von der Erde under the scope of Orientalism theory by Edward Said. His current PhD project ‘Matteo Ricci in East West Music Exchange’ gives a detailed analysis to trace the early models of music exchange between China and Europe in 16th century.