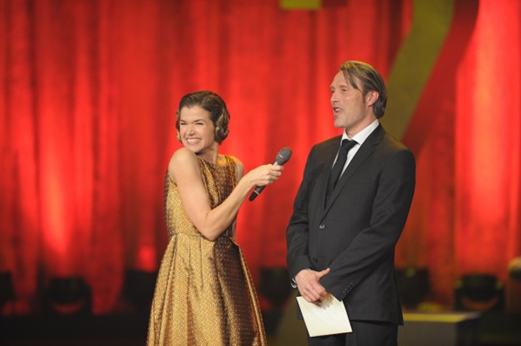 25th European Film Awards
On 1 December 2012, the greatest directors, actors and actresses and those at work in the field of cinema were rewarded for their talent and contribution to European Cinema during the European Film Awards ceremony that was held – for its 25th edition – in Valletta, on the island of Malta.

Over 1,000 guests – winners, nominees and EFA Members – were present in Malta and welcomed by German comedy star Anke Engelke, who lead through the evening with plenty of humour as the show’s host. Among the most interesting actresses, actors and filmmakers of today’s Europe that attended the ceremony were Helen Mirren, Bernardo Bertolucci, Mads Mikkelsen, Caterina Murino, Carice van Houten, Margarethe Tiesel, Paolo and Vittorio Taviani, Nina Hoss and many others. The evening was also conducive to reflection on the future of cinema, and European cinema in particular. Throughout the ceremony several small films were broadcast on the subject in the form of questions asked to European filmmakers or actors – such as Michael Hanneke or Daniel Brühl. And of course, humour was to go on all night thanks to the great prestation of Anke Engelke and all the presenters and nominees during the ceremony.

Nominations 2012
In September, no less than 47 films – with 31 countries represented – had been selected for the nominations (the list of films recommended for a nomination for the European Film Awards 2012) by the EFA members. The selected films illustrate the great diversity in European cinema as they cover a wide range of genres and themes, from comedy to family, political and historical dramas, from thriller to literature and theatre adaptations.
From these selected films, the nominated ones – those that passed through a stringent voting system – were announced at the Seville Film Festival at the beginning of November. They are:

The European Directors nominated for an award were Steve McQueen for Shame, Thomas Vinterberg for The Hunt/Jagten, Nuri Bilge Ceylan for Once Upon a Time in Anatolia, Michael Haneke for Amour and Vittorio & Paolo Taviani for Cesare Deve Morire.

The nominees in the categories of European Actor and European Actress were: the French actors François Cluzet and Omar Sy in Untouchable/Intouchables, Michael Fassbender in Shame, Mads Mikkelsen in The Hunt/Jagten, Jeans-Louis Trintignant in Amour, Gary Oldman in Tinker Tailor Soldier Spy, Emilie Dequenne in Our Children/A Perdre la Raison, Nina Hoss in Barbara, Emmanuelle Riva in Amour, Margarethe Tiesel in Paradies: Love/Paradies:Liebe and Kate Winslet in Carnage.

And the winners are…

During this year’s ceremony, actress Helen Mirren and director Bernardo Bertolucci were also both recipients of very special awards: respectively, the European Achievement in World Cinema Award and the EFA Lifetime Achievement Award. A link to the complete list of winners for 2012 can be found at the end of the article.

EFA: not only an Award Ceremony
The European Film Academy (EFA) is however not only about fashion, glamour and famous actors/actresses, or about organizing the European Film Awards ceremony, even though it is a huge and impressive work (the organization of this year’s ceremony in Malta started one and a half year ago). The purpose of EFA is also to promote European Cinema in Europe and abroad.

The many different activities undertaken by EFA throughough the year allow film makers, producers, cineastes, composers, screenwriters and all those working in the field of cinema to meet, share ideas, talk about their work and culture and get to know new facets of European cinema. In this respect, the EFA helps to spread European culture, allows a comprehension of what makes European cinema so special and a better understanding of the different cultures and identities that exist in the many European countries. This year’s short videos broadcasted during the ceremony showed the concerns for the future of European Cinema and its importance for a united Europe.

The activities initiated by EFA include, among others: different conferences, seminars, master classes (workshops), a weekend encounter – A Sunday in the Country – between young European filmmakers and established EFA members, The Short Film Initiative – to promote short films in co-operation with various European film festivals – and FAN of Europe (FilmAcademiesNetwork of Europe), which is a network of national film academies and the European Film Academy. 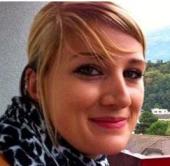 milie Lambiel, Berlin Correspondent
Emilie is from Switzerland and holds a bachelor degree in communication sciences from the University of Lugano. She studied Euroculture in the University of Göttingen and the University of Udine, and she is currently doing an internship at the European Film Academy in Berlin. She is interested in cinema, literature, sustainable energies, media and communication. She also enjoys travelling even though she almost never arrives at the same destination as her suitcase. In her future profession, she hopes to find and fulfill a combination of communication, culture and European Studies.