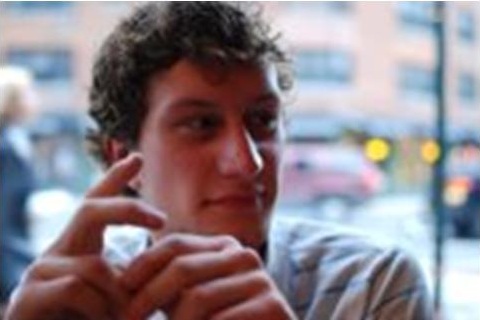 Learn in how many languages an American, Alexandra, can say “I love you”, and why William from Strasbourg would wear dark blue for the rest of his life. Find out what Groningen student Matthieu considers to be a useless purchase and whether it’s okay for Dutch student, Hessel Luxen, to vote Democrat one year and Republican the next.

A lot of new MA Euroculture students have very recently made their way into our universities, and we hope that their year started out great. With our universities scattered over eight countries and the 3rd semester students now all over the world interning and researching, it’s a little hard to get to know these new members of the Euroculture family. We still wanted to meet them though and so picked a few to introduce you to. Learn in how many languages an American, Alexandra, can say “I love you”, and why William from Strasbourg would wear dark blue for the rest of his life. Find out what Groningen student Matthieu considers to be a useless purchase and whether it’s okay for Dutch student, Hessel Luxen, to vote Democrat one year and Republican the next.

If you could only wear one colour for the rest of your life, which one would it be?
I’d say dark blue, but it really is all about tailoring, isn’t it? :p Okay, seriously, I’d say it’s because it reminds me of the ocean which I was never far away from growing up, and evokes open spaces.

What movie or book would you recommend to someone you are trying to annoy?
Ouch! Um, well I’ve never thought of that, but possibly Disney, haha.

What was your favorite song as a child?
Well I’m torn between two, but I’ll go with A-Ha – Take On Me (http://www.youtube.com/watch?v=djV11Xbc914) 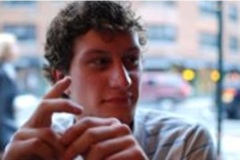 What would I find in your fridge right now?
Sooo… my fridge. Here’s what you’ll find in it right now: eggs, milk, ham, dutch cheese, goat cheese, mozzarella, a few tomatoes, a bell pepper, some chicken and some brussels sprouts.

What are three words that describe what you expect from your two years of  Euroculture?

Hum… I guess my three words would have to be: Friends, Self-development and Travel. 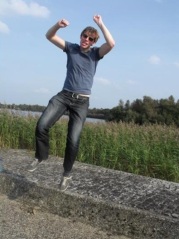 Are you a good friend?
Doesn’t the fact that I’m doing you a favour by answering these questions tell you that I am? : p

Is it okay/plausible to vote Democrat (or the respective party in your country) one year and Republican in the next election?
Yes that is okay, but only for people who vote on a person rather than the content of his/her election program. I could see why one year you like a Republican candidate more and four years later the Democratic candidate. Personally I would always vote for the same party because I care more about the content. But that doesn’t mean it works like that for everyone.

Would you go parachute jumping?
Hell yeah! I’ve always said I would one day, but never did. Hmm what does that tell you? That I’m a coward? I’d like to say I just haven’t find the right moment for it. 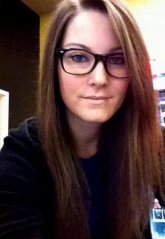 Which movie would you watch three times in a row?

I would watch The King’s Speech over and over again. I would gladly watch any film with Colin Firth on repeat! However, The King’s Speech has a lot of substance which I really appreciate in any good film. Every time I see it, I catch a new joke or reference that I did not hear or know before.

Do you like still water or water with bubbles?

I prefer still water. I drink so much water during the day because I am an athlete and need to be able to drink it very quickly! But the taste of water with bubbles is definitely better, especially with a meal.

Helen is from Germany and studied BA History and Gender Studies. She studied Euroculture in the University of Göttingen and Uppsala University, and is currently working to promote trade relations in the PR department of the German-Swedish Chamber of Commerce. Her passion is to dive deep into the Swedish-German relationship and deconstruct the German über-idyllic image of Sweden. Her interests are film, literature, Liechtenstein, the Eurovision Song Contest (and not ashamed to admit it), and everything printed – even TV magazines. She’s also fascinated with communication, marketing and commercials, socio-cultural trends and psychological phenomena. And of course, her interests include the Swedish Royal Family (she will never forgive Jonas Bergström for what he did).

One thought on “Meet the Freshmen: “The most useless thing I ever bought was a round of shots””