It was on August 28 that the French Minister of Ecology, Nicolas Hulot, announced that he resigned from office. This unexpected turn of events happened on a regular morning in the French political landscape as he was a guest at the morning show of France Inter, the nation’s most popular morning radio show (1). Without any warning, neither to his assistants nor to the President, Nicolas Hulot resigned, with tears in his eyes. This gesture managed to shock the journalists interviewing him, as well as the audience, since no one was expecting such a sincere answer, in one of the nation’s daily exercice of politics.

He justified this spontaneous announcement by the fact he “do[es] not want to lie to [him]self anymore“, since he believed his actions for the environment were undermined by the French political system, as they were often opposed by lobbies and the Macron government which prioritises economy. He stated that he was surprising himself to be “accomodating of baby steps while the global situation when the planet turns into a proofer deserves an assembly and a change of scale, of paradigm“. He claimed his decision concerned himself only and despite the fact he reiterated his sympathy for the government during his resignation, the aim of his gesture was to shock and provoke a reaction from Emmanuel Macron.
Hulot’s resignation took place in a context of growing discontentment towards the French president, who faced during the summer his first major scandal, the “Benalla case”, when Le Monde identified on a footage filmed during a protest a close councelman of the president, Alexandre Benalla, illegally dressed as a policeman and making use of violence towards protestors. END_OF_DOCUMENT_TOKEN_TO_BE_REPLACED 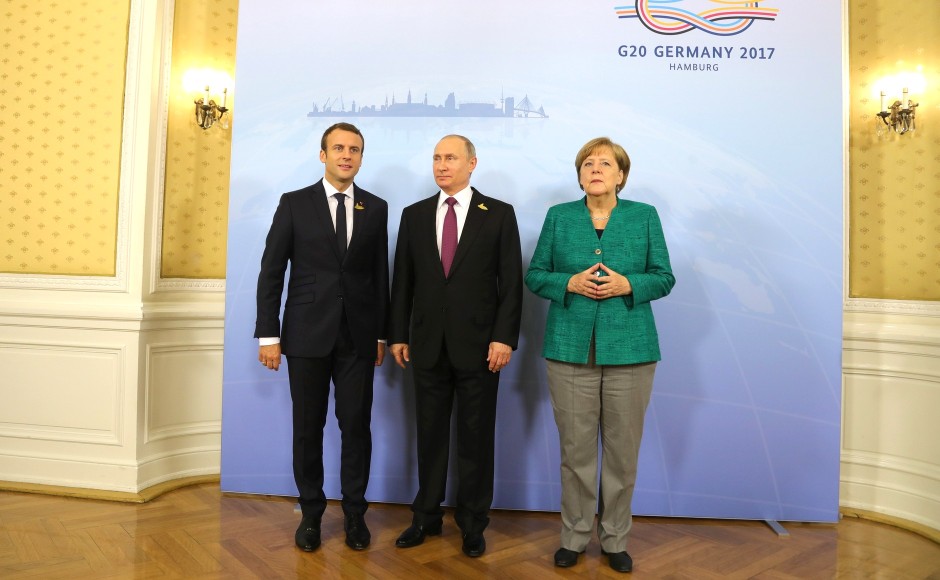 The American Foreign Secretary Henry Kissinger famously once asked “Who do I call when I want to call Europe?” The modern day version coming from Rex Tillerson might be, “Who do I call, email, text, tweet…”, but the premise remains the same – who does one call to get the lowdown on Europe? With certain leadership figures rising above the crowd, the current U.S. Secretary has some pretty good options available.

Emmanuel Macron – The ambitious new kid on the bloc

The poster boy of French politics, Mr Emmanuel Macron has recently joined the ranks of rosy-cheeked nation state leaders on the world stage. After founding his own party En Marche! in early 2016 (a keen observer will note it shares the same initials as his own name), he led his party to victory less than a year later in the French parliamentary elections. His triumph was unprecedented and audacious; the presidential election was his first time running for public office and he won it with apparent ease. Such a rapid rise power is rarely achieved in politics by democratic means, although comparison could be made to a certain head of state across the Atlantic Ocean who also circumvented the typical route in his bid for Presidential office. END_OF_DOCUMENT_TOKEN_TO_BE_REPLACED