By Leyre Castro and Hannah Bieber

This article is part of a project designed to raise awareness about what has been happening in Belarus since August 2020, at the occasion of the Day of Solidarity with Belarus launched by Sviatlana Tikhanovskaya. In order to understand the past and current events better, The Euroculturer Magazine will organize a live interview with a belarusian Euroculture alumni on 07/02/2021. Scroll down to the end of the article for more information!

The elections that sparked the rebellion

On August 9, 2020, Alexander Lukashenko, often referred to as the last dictator of Europe and who has been ruling Belarus for 26 years, claimed he had  been re-elected with 80% of the votes after the presidential elections. His main challenger, Sviatlana Tikhanovskaya, had allegedly collected only 10% of the votes, despite her strong popular support. This announcement sparked unprecedented protests right after polls had closed.

END_OF_DOCUMENT_TOKEN_TO_BE_REPLACED 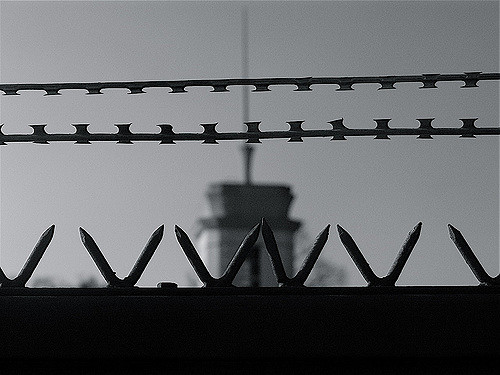 Berlin, August, 2006. After two weeks traveling from London – where I used to live at that time -, Paris, Brussels and Amsterdam, I had arrived in one of the most fascinating cities of the world – at least in my imaginary, which could easily be confirmed later. Summer breeze was blowing through the cafes and bars of Prenzlauer Berg. Kastanienallee was the perfect picture of how Berliners could enjoy their lives on a Saturday afternoon, with groups of friends and families hanging out and experiencing all types of foods and drinks, listening to different kinds of music and appreciating the sunny weather. All way down to Alexanderplatz distinct generations were sitting together in front of yellow, blue, green and red buildings talking about life and keeping problems completely away. Alone, I observed that and could barely believe that only a little more than 15 years earlier that part of the city was not that colourful and had nothing similar to that.

On the other side, Mitte was also full of people on the pavements observing passersby. Unter den Linden was like an anthill made by tourists that after walking the whole day could finally have some rest in the “Biergarten(s)” around. The city was beautiful, alive and tender following a World Cup that Germany had hosted less than a month ago and only a few days after the Swedish trio Peter, Bjorn and Jon had launched the classic “Young Folks”. You could feel the tenderness in the air. You could feel the spirit of happiness flowing freely in such a vibrant and great atmosphere. It was simply wonderful.

I knew, though, that at least in one of the seven days that was going to stay there I needed to take some time to cross the city and leave all that happiness and good vibrations behind. It would not be easy or pleasant, but I needed to do it. The goal was tough: Sachsenhausen.