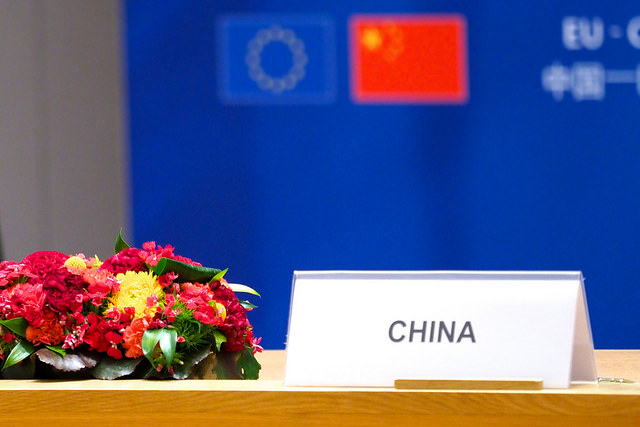 China has long been known as the “world’s factory”, while Central and Eastern Europe has been called the “factory of Europe”. Will there be a new type of alignment between both factories? Or just as the old story said, the scene becomes chaotic as they cannot understand each other?
According to the latest statistics of Chinese Customs, the total trade amount of import and export between China and 16 CEE countries reached 67.98 billion US dollars in 2017, with the increase rate of 15.9% compared to the previous year. China’s exports amounted to 49.49 billion US dollars, with the increase rate of 13.1%, while imports amounted to 18.49 billion US dollars, with an increase rate of 24%.[1]

The 16+1 format is a new form of international cooperation between China and CEE countries, and also between the Western and Eastern worlds. This initiative, raised by China, aimed at intensifying and expanding cooperation with 11 EU Member States and 5 Balkan countries (namely Albania, Bosnia and Herzegovina, Bulgaria, Croatia, the Czech Republic, Estonia, Hungary, Latvia, Lithuania, the Republic of Northern Macedonia, Montenegro, Poland, Romania, Serbia, Slovakia, and Slovenia) in the fields of investments, transport, finance, science, education, and culture in 2012.
But 6 years have passed and the echoes from two sides are still strikingly different. From the Chinese government’s side, it was said that pragmatic cooperation has been expanding which brought benefits to the 17 countries. Economic and financial cooperation has steadily increased. On the other side, the European Union and Western European countries expressed concerns about this mechanism, and the Central and Eastern European countries (especially EU countries) considered that the achievement was limited. END_OF_DOCUMENT_TOKEN_TO_BE_REPLACED 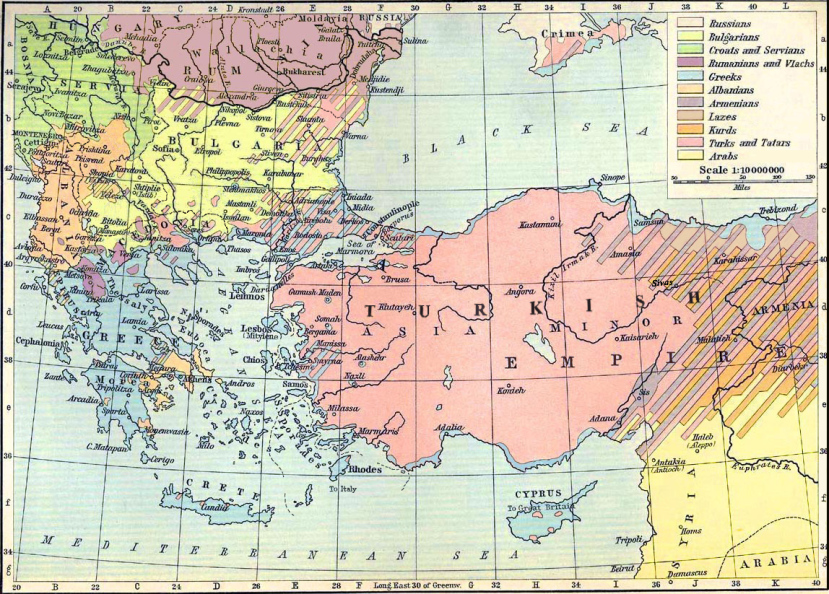 Imagine how the map of the European Union could look like in 2030. A compact conglomerate of Member States, with only two small black holes – Switzerland and the Russian exclave of Kaliningrad. Oh, three actually: Great Britain will have become the third one by that year.
While the UK is slowly putting out to the sea, definitively leaving the well-known harbor of the European Union, there are some countries which are struggling to join those that might seem safe and still waters. Lucky for them, they do not have to cross any stormy sea, as they are in the heart of the continent. According to the captains, the first Balkan ships should enter the EU in 2025 if nothing goes wrong during the remaining voyage. But bad weather seems to be a permanent feature of the European political scene and by that time the secure Union could have become an even more troubled and tempestuous harbor unprepared to welcome the newcomers.

At the moment, the incoming fleet counts six components. While Kosovo and Bosnia and Herzegovina still hold the position of potential candidates, Albania and the FYR Macedonia already have the candidate status; Serbia and Montenegro are progressing with accession negotiations and thus are at the forefront in the path towards the European harbor.
Apparently, Serbia and Montenegro now start to see the light at the end of the tunnel – a very long one. The integration process of Western Balkan countries has been on the European agenda since the Thessaloniki Summit in 2003. Afterwards, stabilization and association agreements have entered into force with all six partners. However, expected progress has faltered. Enlargement has been hindered by numerous hitches, including the slow pace of reforms and economic growth, the influence of external actors such as Russia and Turkey, together with problems both in the domestic and European contexts.

2018 might prove a pivotal year in this long and turbulent voyage. Enlargement in the Balkans is one of the priorities of Bulgarian Presidency at the Council of the EU and in May a summit will be organized in Sofia for Western Balkan countries – for the first time since 2003. This new wave of engagement could lead to advances in each country’s process. END_OF_DOCUMENT_TOKEN_TO_BE_REPLACED 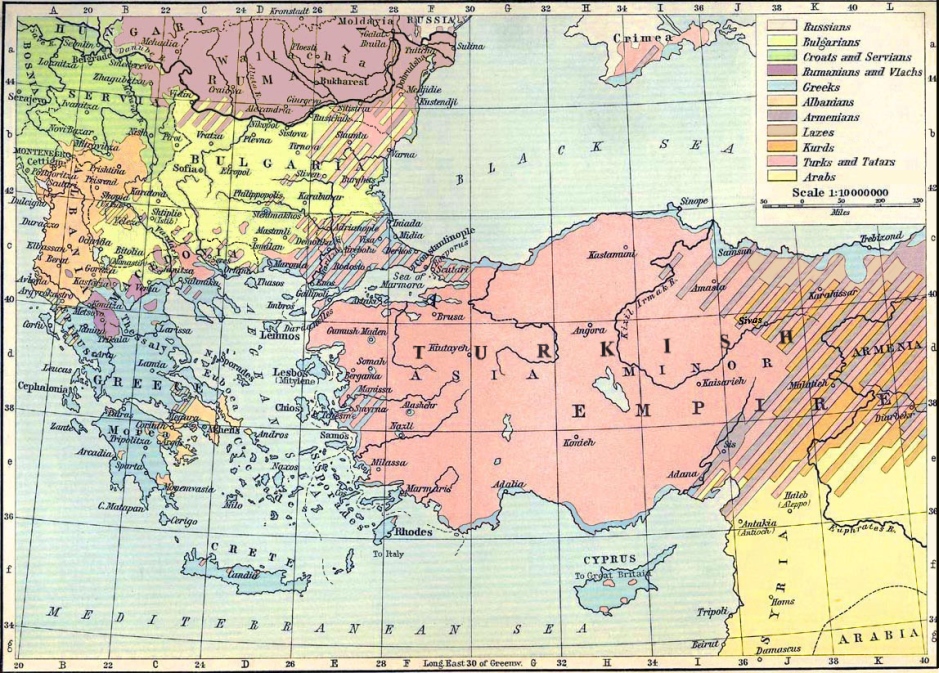 The Western Balkan region is an often neglected corner of Europe and rarely attracts media interest from mainstream outlets. The result is that the region is fairly unknown to other Europeans. Is the region comprised of underdeveloped economies or do they have the potential to grow? Are they fragile or stabile states? And most importantly, are the Western Balkan countries ready to join the EU? To find any answers for these questions, it is important to look at Serbia and Albania, the two countries that have significant influence in the region. The stability and progress of the Western Balkans greatly depends on the relationship between these two countries.

Serbia officially became an EU candidate country in 2012, and in 2014 the accession negotiations were opened. The possible accession of Serbia is not without controversy or problems. Serbia was a crucial actor in all the conflicts that tormented the region in the last decade of the 20th century. Nowadays, Serbia’s refusal to acknowledge the independence of Kosovo is perceived as the biggest obstacle to a possible accession to the European Union. Furthermore, the multi-ethnical composition of the Western Balkan region has proven to be a sensitive issue. Neighboring Bosnia and Herzegovina is home to over a million Serbs and although Montenegro voted to leave the State Union with Serbia in 2006, the census of 2011 shows that 28.7 of the population still identifies as Serbian. When Serbia would join the EU, this could destabilize its multi-ethnical neighboring countries. Last but not least, Russian influences in Serbia raise questions about Serbia’s loyalty to the European project.

Albania has been an official candidate for accession to the European Union since June 2014. Similar to Serbia, it too has a considerable diaspora in neighboring countries. The country has a significant influence in the region, mostly in Kosovo where the majority of the population is Albanian. In neighboring Macedonia, 25% of the population identifies as Albanian, especially in the border regions of Western Macedonia. Also, there are large Albanian communities in the south of Serbia and in the south-east of Montenegro. Albania is already a member of NATO – it is seen as an important partner in combatting international crime – but also here questions of loyalty to the European project arise. Turkish influences in Albania have been historically strong.

Even though there are considerable cultural differences between Albania and Serbia, the political situation is remarkably similar. Both governments have strong leaders as prime-ministers. Aleksandar Vučić in Serbia and Edi Rama in Albania have both displayed autocratic characteristics during their time in office. According to reports of the EU Commission, both Serbia and Albania have problems with media censorship and with deep-rooted corruption in the state and judiciary. Despite the questionable state of democracy in both countries, Vučić and Rama are pro-European leaders and have repeatedly stressed their countries’ commitment to gain EU membership. For their role in stabilizing the region after the horrifying civil wars in the 1990s, they actually received widespread support from EU Member States. The result of this support is that despite the corruption and autocratic leadership, the Western Balkan region is relatively stable.[i] Proposals for cooperation are heard from both sides. Instead of fueling ethnic tensions for short-term electoral gains, it seems the two countries embarked on a road of reconciliation and cooperation. One example of this new trend is the first visit, after 68 years, of an Albanian prime-minister to the Serbian capital of Belgrade in 2014. The most tangible example of how the reconciliation between Albania and Serbia leads to enhanced regional stability in the Western Balkans, is the relative relaxation of Serbian-Kosovar relations. The Brussels Agreement, which is a direct result of this dialogue between Belgrade and Pristina, is a positive step forward for the stabilization of the entire region.

The EU is by far the main economic and political partner of the Western Balkans and as stated above, Vučić and Rama are well known for their pro-European orientation. But the question of EU membership for Serbia and Albania is complicated. On the one hand, the countries’ focus on regional stability, mutual understanding, and tolerance resemble the dominant EU discourse. On the other hand, the autocratic traits of the countries’ leaders strongly resemble the political situation of their allies in Russia and Turkey. Vladimir Putin and Tayyip Erdogan are also greatly admired in the Balkan region and as stated above, the political leaders are also not immune to this. Signs of Putinism and Erdoganism are evident in the politics of the Western Balkans.

The EU’s choice to support the Western Balkans’ authoritarian political leaders in an attempt to maintain and advance regional stability is a matter of political necessity in the current context. Yet at the same time that support and external legitimization is stalling the necessary process of further democratization. It can indeed be argued that the EU turning a blind eye towards the rule of law and human rights in these countries empowers authoritarianism. However, in the current circumstances it is a rational thing to do. Although paradoxical, Europe needs strong national leaders to stabilize the Western Balkan region. The price is paid in terms of slow political reforms. The EU leadership should however always be aware that this is a precarious and temporal situation. While autocratic leadership on the short-term might benefit Europe and the Balkan region, on the long-term it might also provide for democratic backsliding and further instability.

[i] This article was written before Serbian-Kosovar relations significantly deteriorated after Serbian provocations in Kosovo.

Click here for more National Politics on The Euroculturer

Click here for more European Politics on The Euroculturer