How do you win a modern day US election? First, hate and fear the other side. Second, show up with your  ‘opposition hating’ crew. We often call love a binding factor, yet it has become apparent that where love is missing, hate will do just fine. For nothing breeds camaraderie like a group of people coming together to actively dislike  someone, something or even an ideology. It is for this reason that the odds were in favour of Biden and Harris in the 59th quadrennial US elections. This observation is not remiss of the 2016 presidential elections, and the insurmountable odds that Donald Trump beat to synch his presidency.  Yet taking a closer application of negative partisanship this year, it was clear that something was different: the tables had turned in favour of Biden.

END_OF_DOCUMENT_TOKEN_TO_BE_REPLACED

TW: This article deals with issues such as sexual assaults and gender-based violence.

Don’t walk alone at night; change sides of the street regularly so no one can follow you; don’t get distracted by looking at your phone; walk with a group of friends; don’t get alone into a taxi by yourself; open the windows as soon as you get into the taxi (you don’t want to get intoxicated, do you?); ALWAYS share your location. “Are you getting into the bus dressed like this?” This one was said to me the last time I was in Peru on vacation. It was summer and I was wearing a nice little white dress. But of course, what was I thinking going out like this in a country of rapists?

END_OF_DOCUMENT_TOKEN_TO_BE_REPLACED

Das Private ist politisch – Kommune 1’s infamous motto has perhaps never been more pertinent than it is at present, as the zeitgeist of the 60’s protest movements persists in today’s vitriolic political climate. Whilst social conventions were once challenged by the likes of Rudi Dutschke and his army of rebellious youths, it appears that corporations and celebrities have taken the lead in matters of social responsibility.

From Starbucks’ refugee hiring plan, to Nike’s take on racial inequality, businesses seem desperate to display an authentic sense of awareness, reflecting a global marketing epidemic: brand activism. Previously apolitical companies are suddenly raising their voices, with the importance placed on being heard. And, with the exception of maybe Pepsi’s tone-deaf advertisement featuring Kendall Jenner, the commodification of activism is selling.

END_OF_DOCUMENT_TOKEN_TO_BE_REPLACED

On May 25th an innocent man was killed by an unrelenting knee.
That knee belonged to a man who saw only what he wanted to see.
He held him there on the asphalt and ignored his pleas for mercy.
“Please,” said the man on the ground. “I can’t breathe.”
While one man’s knee crushed life from the other, people watched.
Cell phones held like nets so the day’s injustice could be caught.
Horrified faces and traumatized eyes saw this same terror, but weren’t that surprised.
The deepest stares were those of the man’s peers, in silent agreement with the execution taking place at their feet.
The people cried, they screamed and shrieked
For another life lost on this “colorblind” street.
A few days later a police station was set ablaze by a group of people hurt to the point of fury.
This latest reminder that their skin is a sin took its place as the people’s jury.
The kindling of 400 years of terror and sub-standard citizenship finally caught flame,
And that flame roars with the wails of millions wrongfully slain.
The pot has boiled over and the world stops to see
What happens when the people remember how to be
Together, fighting for each one to be free…
George Floyd looks on, finally able to breathe. END_OF_DOCUMENT_TOKEN_TO_BE_REPLACED 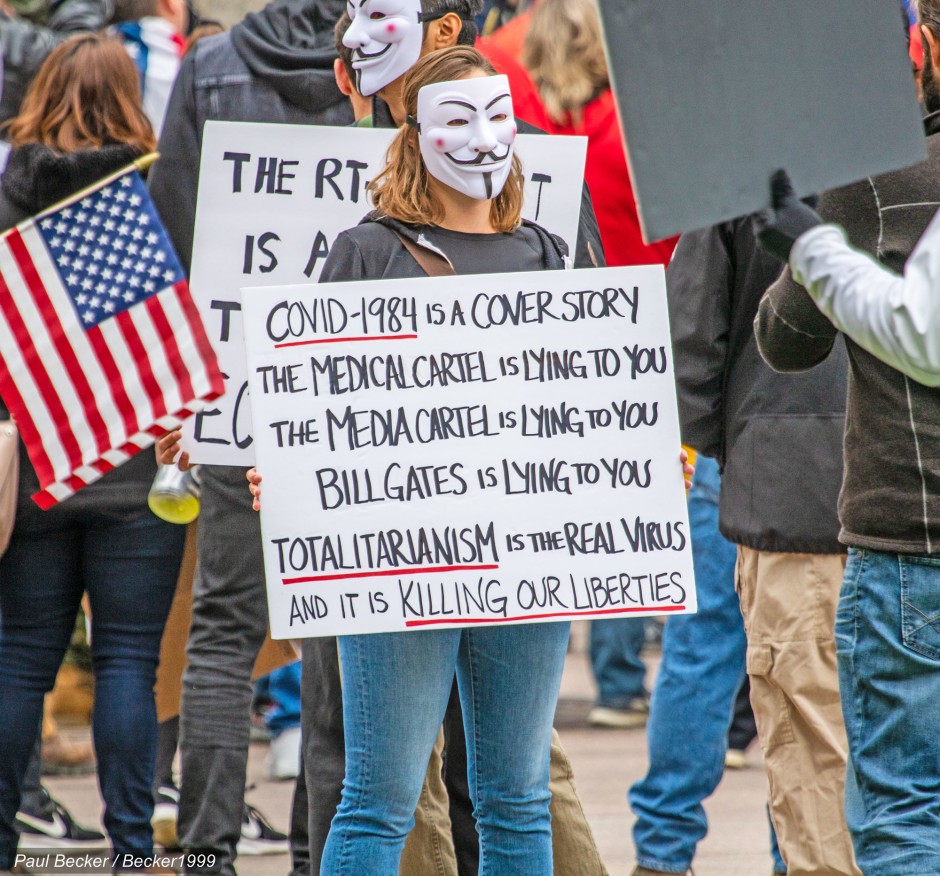 In a time of global pandemic where a global war is fought against the newest form of coronavirus, another battle regarding information and its usage is at stake. Conspiracy theories and controversial figures flourish throughout the internet and other media, contributing to the overall chaotic situation and possibly serving the interests of some people. This interest of mine for disinformation in time of a pandemic started about a month ago when a classmate sent on a WhatsApp group a message the following information: “According to a friend, a leak from the official Czech government has revealed that when 1,000 cases of coronavirus will be reported in the country, tighter restrictions will be imposed. If you are a smart person you should rush to supermarkets to gather food.” This rumour was proven false in the days that followed, yet this message managed to trigger some fear and added to the overall uncomfortable situation of being a stranger in a country whose culture you’re not completely familiar with. END_OF_DOCUMENT_TOKEN_TO_BE_REPLACED

We are seeing many conspiracy theories spreading online about the novel virus that are either very vague (this is a preparation for something bigger, the exercise of larger population control), put specific blame for the virus (some country created it in a laboratory) or present a large ploy that is behind it (implementation of a larger idea, like 5G). I will not try to debunk those stories, as there are already many attempts to do so, but rather to provide a reading of some of their elements.

In cultural anthropology, stories such as urban legends, fables and myths are seen as narratives that fill provide a culture with a set of meanings that they can use to understand the cosmology they belong to, how things function morally, politically, culturally, etc. Their veracity is not important and individuals who share them might be well aware of that fact. Here, I am suggesting that we try to understand conspiracy theories in such a way: as a narrative that responds to a certain need of people who are emotionally invested in them and spread them further. END_OF_DOCUMENT_TOKEN_TO_BE_REPLACED

My time at the United Nations exposed me to the many fascinating facets of multilateralism and international relations. International Organisations like the United Nations are indeed a beacon of hope to peaceful international cooperation and a prevention of a third world war. Yet my time there also exposed me to the almost crippling and unbelievable reality of how IOs operate, and the blatant disregard for international norms and standards that large and powerful countries have. While the criticism against the abuse of power by states like those in the Security Council’s Permanent Five (P5) are widely known, less is known about the camp of small states that are seeing their collective voice grow, and for a more noble cause.

Coming from Singapore, I have always had a sort of “soft spot” for small states and their struggles in international diplomacy. Their fights are numerous, from overcoming resource limitations, security and trying to gain legitimacy on an international level, and these are just some examples. Singapore, however, a tiny island nation-state, has managed to somehow make a mark in the world today. From leading the UNCLOS negotiations, [1] to holding key leadership positions in international organizations, [2] Singapore and Singaporeans have created a reputation for themselves as small, but capable. There is an affectionate term we use in my country known as being like “chilli padi”, a tiny red pepper with fiery seeds found in Southeast Asia – referring to the ability to pack an underestimated mean punch despite your small size. END_OF_DOCUMENT_TOKEN_TO_BE_REPLACED

Disclaimer: This article deals with Covid-19 news. Thus, the information contained here may be subject to change.

On March 15th, the Peruvian president Martín Vizcarra announced to the nation in a televised message  the closure of borders and a mandatory quarantine nationwide. The government decided to implement radical measures to prevent the virus from spreading. Covid-19 had arrived in the country on March 6th and today 28.699 cases are confirmed. One can say that the Peruvian government has acted quite fast to prevent the country from experiencing a tragedy. But what is Peru actually experiencing right now?

Tiaré López, a Peruvian who studies in Germany, was staying in an Airbnb apartment with her boyfriend when the quarantine was announced. “I arrived in Lima on February 17th due to an internship which I had planned for March. Honestly, I did not expect this to happen here. And suddenly the situation in the country changed so fast”, she reports, although she was informed about the impact of the virus in China and then in Italy and how Europe was shutting down. I do think that the government made the right decision. Everyone knows that our health system is not capable of handling a pandemic and I am glad the president acknowledged this importance to save the citizens and to put them above the economic well-being of the country. The measures were necessary to avoid tragedies as in Ecuador, where corpses have been abandoned on the streets.”  END_OF_DOCUMENT_TOKEN_TO_BE_REPLACED 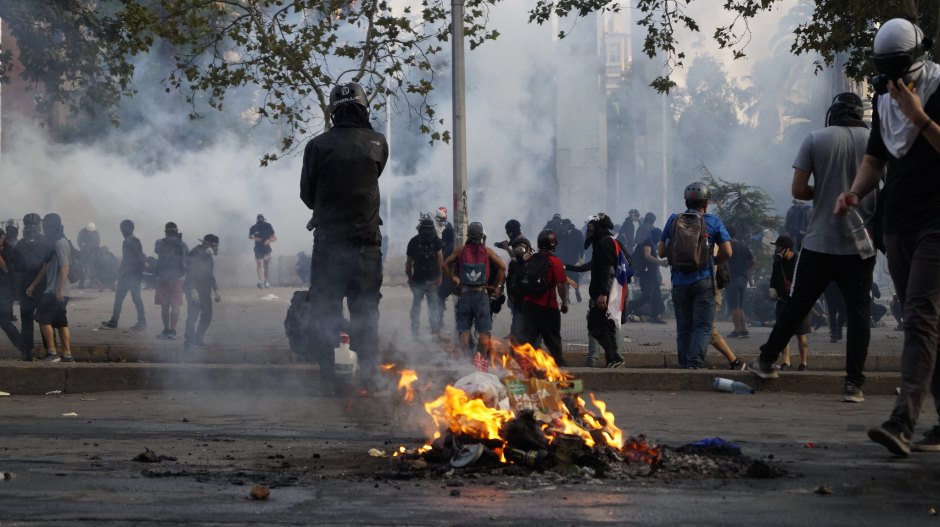 Since October 2019 Chile is (almost literally) on fire. Just to have an idea of the situation, let’s start taking a look at some numbers regarding the protests that since then erupted against the government and the whole social and economic system in the South American country: At least 30 dead as well as thousands injured and jailed. Among the injured, many went blind because of rubber bullets shot by police – it is estimated that more than 200 people have got eye problems. The demonstrations have also affected the daily life, the public transport and the political spectrum. Monuments, buildings and historical places have been constantly damaged, as the streets are still full of people angrily protesting.

That is the summary of something that might have been postponed for decades.

During my internship at Deutsche Welle, in Bonn, I had the opportunity to meet people from different newsrooms. DW has newsrooms in more than 30 different languages, so imagine that it is a piece of the world inside its own world. One of the journalists that I met was José Urrejola, from Chile, who has been covering the whole situation and its developments. With a local perspective but also through an international coverage of the facts, in this interview he explains what is going on in his country, and explicitly argues that “the protests will continue until this president resigns or a ‘miracle’ happens, and he decides to make the changes that people are asking for.”

Euroculturer Magazine: What is actually happening in Chile? Tell us a little bit about the paths that the country took in the last decades and also why the protests erupted now, by the end of last year. END_OF_DOCUMENT_TOKEN_TO_BE_REPLACED