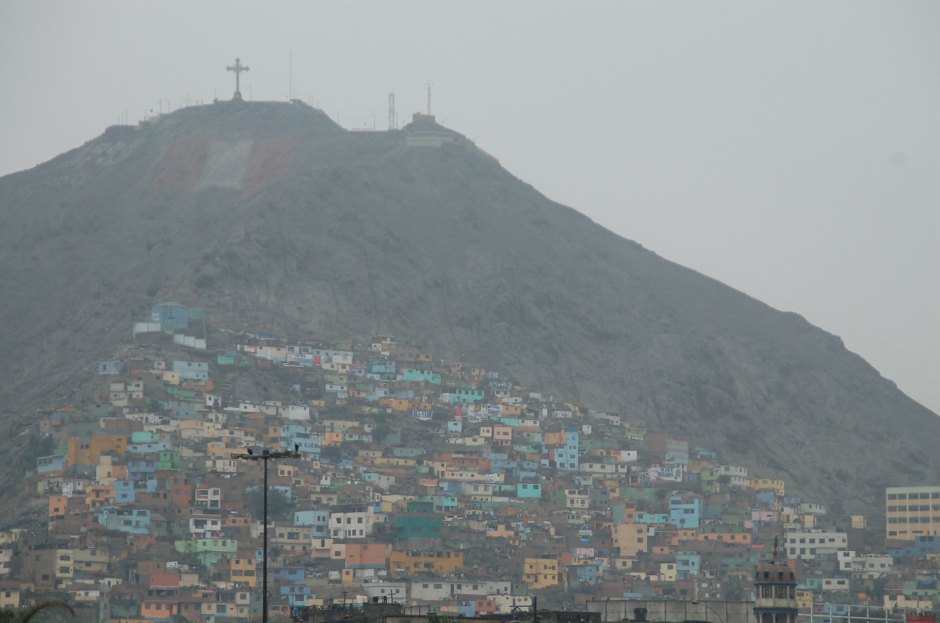 Disclaimer: This article deals with Covid-19 news. Thus, the information contained here may be subject to change.

On March 15th, the Peruvian president Martín Vizcarra announced to the nation in a televised message  the closure of borders and a mandatory quarantine nationwide. The government decided to implement radical measures to prevent the virus from spreading. Covid-19 had arrived in the country on March 6th and today 28.699 cases are confirmed. One can say that the Peruvian government has acted quite fast to prevent the country from experiencing a tragedy. But what is Peru actually experiencing right now?

Tiaré López, a Peruvian who studies in Germany, was staying in an Airbnb apartment with her boyfriend when the quarantine was announced. “I arrived in Lima on February 17th due to an internship which I had planned for March. Honestly, I did not expect this to happen here. And suddenly the situation in the country changed so fast”, she reports, although she was informed about the impact of the virus in China and then in Italy and how Europe was shutting down. I do think that the government made the right decision. Everyone knows that our health system is not capable of handling a pandemic and I am glad the president acknowledged this importance to save the citizens and to put them above the economic well-being of the country. The measures were necessary to avoid tragedies as in Ecuador, where corpses have been abandoned on the streets.”

The measures taken in Peru are similar to those of European countries strongly affected by the virus, such as Italy, Spain and France: citizens are only allowed to leave the house to go to the supermarket, the pharmacy and to walk their dogs nearby. It is not authorized to go to the supermarket or pharmacy by car or any other means of transport, only by foot. And there is a curfew from 6 pm to 5 am. During that time, no one is allowed to leave the house for any reason. “We go separately to the supermarket and I can see that most Peruvians do respect the rules” says Tiaré.

Nevertheless, she points out that she resides in a district with a high socioeconomic level, called Miraflores, and she has seen the difficulties of implementing such rules in impoverished areas. Supermarkets are still crowded and people still go outside. Indeed, in Peru, the informality in the job sector prevails, and this is the main reason why citizens keep going to the streets: many need to keep working. Indeed, the rate of informal employment reached 72,6 % at a national level in 2019. Consequently, shutting a developing country like Peru down will have enormous economic consequences. “These people make money from day to day. If they stop working, they stop earning money and would not be able to feed their families. I have seen people going out and selling goods on the streets. It is very sad. Unfortunately, Peru does not have the capacity to control this kind of situation like Germany, for example,” she observes.

In order to support citizens in financial need, the government provides a bonus of 380 soles (112 US dollars) to vulnerable families for a period of two weeks. However, whether these emergency bonuses will help citizens is questionable. First, 112 US dollars is not a high amount of money. Second, it is unclear who qualifies for such a bonus. These measures may alleviate economic hardship for some, but the outcome for people who do not qualify for the bonus and live in poverty is very uncertain.

As in some countries in Europe, the military is now active, which is necessary to control the situation. Nevertheless, in countries like Peru, it is not surprising to see policemen and the military taking  advantage of the situation and exercising their power over the citizens. “I have to admit that I was scared at the beginning due to the huge number of military and policemen on the streets. This is why I looked for information online about what kind of power the military has during the quarantine, how they are allowed to proceed and what my rights are,” says Tiaré.

Fortunately, she is doing good. The landlord allowed her and her boyfriend to stay in the Airbnb apartment for a longer time, and she  was able to continue her internship working remotely until it officially ended. “We are doing fine and we arrange ourselves to go to the supermarket and stay active. But we don’t have family in Peru anymore, so we cannot stay in the apartment forever,” she stresses. Due to the border closure, their return flight with KLM was cancelled and rebooked for May. However, it is not predictable if the borders will open before. For precaution, they contacted the German Embassy, in order to be part of the repatriation efforts and joined a WhatsApp group with Europeans who are stuck in Peru. “We put our names on a list and the German embassy will contact us when there is space for both of us in a flight. However, we were informed that the participants would have to pay for it and I cannot pay this amount of money, since I already paid the flight with KLM”. Tiaré is self-financing her studies. Paying for the Airbnb and another flight back to Germany are thus costs that she cannot cover. She is also still figuring out how to fly back to Germany in order to be there if classes at the University should start again at some point.

Recently, a new measure was implemented in Peru. The movement of citizens is now restricted according to gender. Despite the difficult situation, there was a moment of reckoning from the televised message to the nation: it was the first time that a Peruvian president acknowledged transsexual people by confirming that the movement according to gender will not cause homophobic and transphobic actions. This can be regarded as a small improvement in a country where discrimination is part of the daily life: “Our government is inclusive and every rule is absolutely thinking of all citizens”, said president Martín Vizcarra. The Peruvian government has implemented various necessary measures to keep the virus from spreading and reacted much faster than its neighbor Brazil and even the United States. But the country still has to face many challenges and it remains to be seen how it will tackle them once the virus is gone.

Since this article was written, Tiaré and her boyfriend were able to fly back to Germany on one of the repatriation flights. Peru’s borders, however, will remain shut down until further notice.